In grammar, the adjectival phrase refers to groups of words which are composed of adjectives combined with other elements that provide additional information or modify it in various ways. Just like normal adjectives, an adjectival phrase also modifies a noun or a pronoun.

What is the Structure of an Adjectival Phrase?

Although the concept of adjectival phrase may seem complicated, the structure of this kind of phrase is actually very simple and easy to remember. 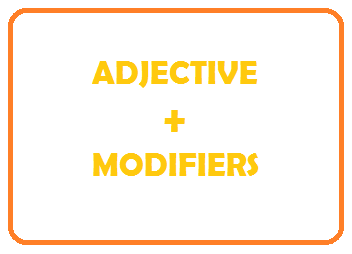 All adjectival phrases contain an adjective as the main component plus other modifiers which are mostly in the form of degree modifiers.

You must also know that in an adjectival phrase, the main adjective can be found at the beginning, in the middle, or at the end of the phrase.

In the example above, the underlined adjectival phrase modifies the pronoun “she” and consists of the main adjective “stronger” plus the modifiers “than” and “you.” In this particular adjectival phrase, the adjective is clearly located at the beginning and is the one which initiated the whole phrase.

What are the Functions of Adjectival Phrases?

An adjectival phrase can have two functions:

The underlined part in the sample sentence above is the Attributive Adjectival Phrase in the sentence. It can be classified as such because it is a part of the noun phrase that it modifies.

Take note that some kinds of adjectives can only be used in Predicative Adjectival Phrases and never in Attributive Adjectival Phrases. If you are not sure whether a particular adjective can be used in both ways, you can always refer to the dictionary. Most dictionaries label these special kinds of adjectives with “predicative only” or “not in attributive use.”

My fond of steak brother is coming.(INCORRECT)

The adjectival phrase can be considered as one of the most important parts in a sentence because it gives additional information and makes a sentence more meaningful. This article which provided an overview of the concept can definitely serve as a good starting point in your exploration of this topic, and can surely be able to provide you with substantial information that you can use in the future. Always remember that having a broad knowledge of grammatical concepts will not only help you obtain high academic grades, but will also make you a better communicator in both oral and written forms.