What is a Pronoun? 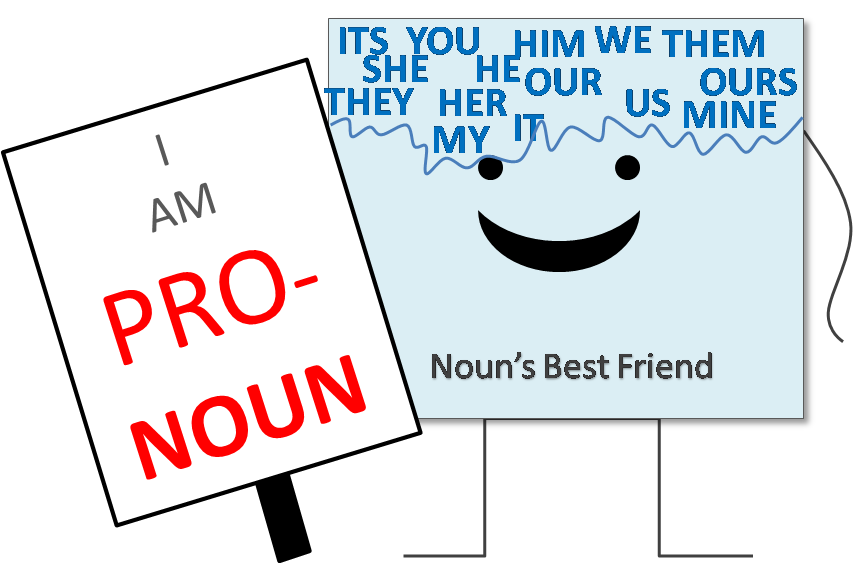 What is a Pronoun? Learning more about Parts of Speech

Pronouns have “nouns” in its name because they are literally noun’s best friends! 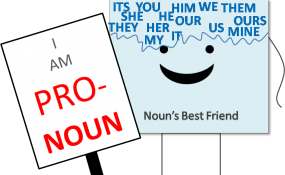 What is a Pronoun?

Pronouns are words that take the place of nouns.

Imagine telling a story about Tina. Your essay may be full of sentences beginning with Tina. In every sentence there will be a Tina. After the first page or two, your reader or listener will be so full of Tina that they will no longer be able to stand hearing another Tina.

For this purpose, pronouns come very handy. Instead of using Tina, you can substitute it with she, her, or hers.

You will notice an antecedent that the arrow is pointing to. Antecedents are nouns, which are being replaced by pronouns. In general, an antecedent comes before a noun, but there are instances that they come after the pronoun.

There are also cases that there are no antecedents at all.

Here we will learn more about What is a pronoun? as well as the different kinds of pronouns.

What are Personal Pronouns?

These pronouns are used for three purposes: 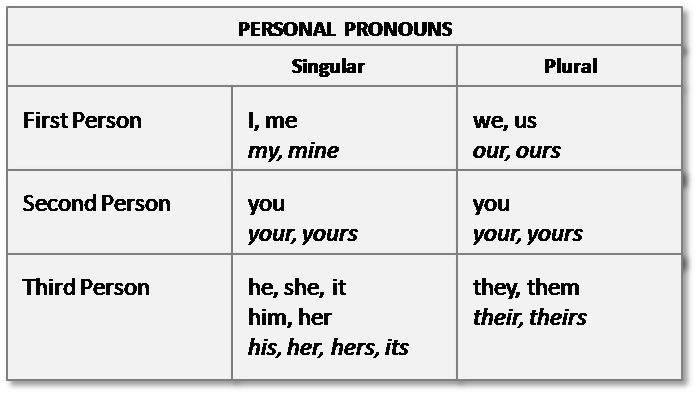 In some instances, the antecedent of a personal pronoun is not specified.

HE stole my bag. (no antecedent)

What are Reflexive and Intensive Pronouns?

These pronouns are very easy to identify since they end in either –self or –selves. There are eight reflexive and intensive pronouns that are based on the personal pronouns.

Reflexive pronouns add information by pointing back to the antecedents. An intensive pronoun is used for emphasis. This pronoun can be omitted from the sentence without changing its meaning.

What are Demonstrative Nouns?

Demonstrative nouns are used in pointing out nouns like a specific person, place or thing. There are only four demonstrative pronouns.

This pronoun may be found before or after their antecedents.

There are instances that demonstrative pronouns are used as adjectives. This is happens when the pronoun is right before a noun and is used alone without an antecedent. In this case, the pronoun describes the noun and becomes an adjective.

Pick up that bag. (adjective)

Pick up THAT. (pronoun)

What are Relative Pronouns?

What are Interrogative Pronouns?

Interrogative pronouns may or may not have any antecedents.

What are Indefinite Pronouns?

As its name implies, there is nothing definite about indefinite pronouns. This means that they may not require any specific antecedent. Indefinite pronouns are used to refer to any or unspecified person, place or object.

However, there are instances that indefinite pronouns act like adjectives because they describe a noun rather than take the place of nouns.

Both children came in uniform. (adjective)

BOTH greeted me as they came in. (pronoun)

There are also instances that an indefinite pronoun may require a specific antecedent.

In sum, pronouns can make your composition have that variety that it needs. Repeated use of terms makes you redundant and uninteresting. With the use of a noun’s best friend, you can tell your story smoothly without being annoying or distracting. The key to a good storyteller, whether in written or oral form, is to have a smooth and fluid narrative.