What is a Subject? 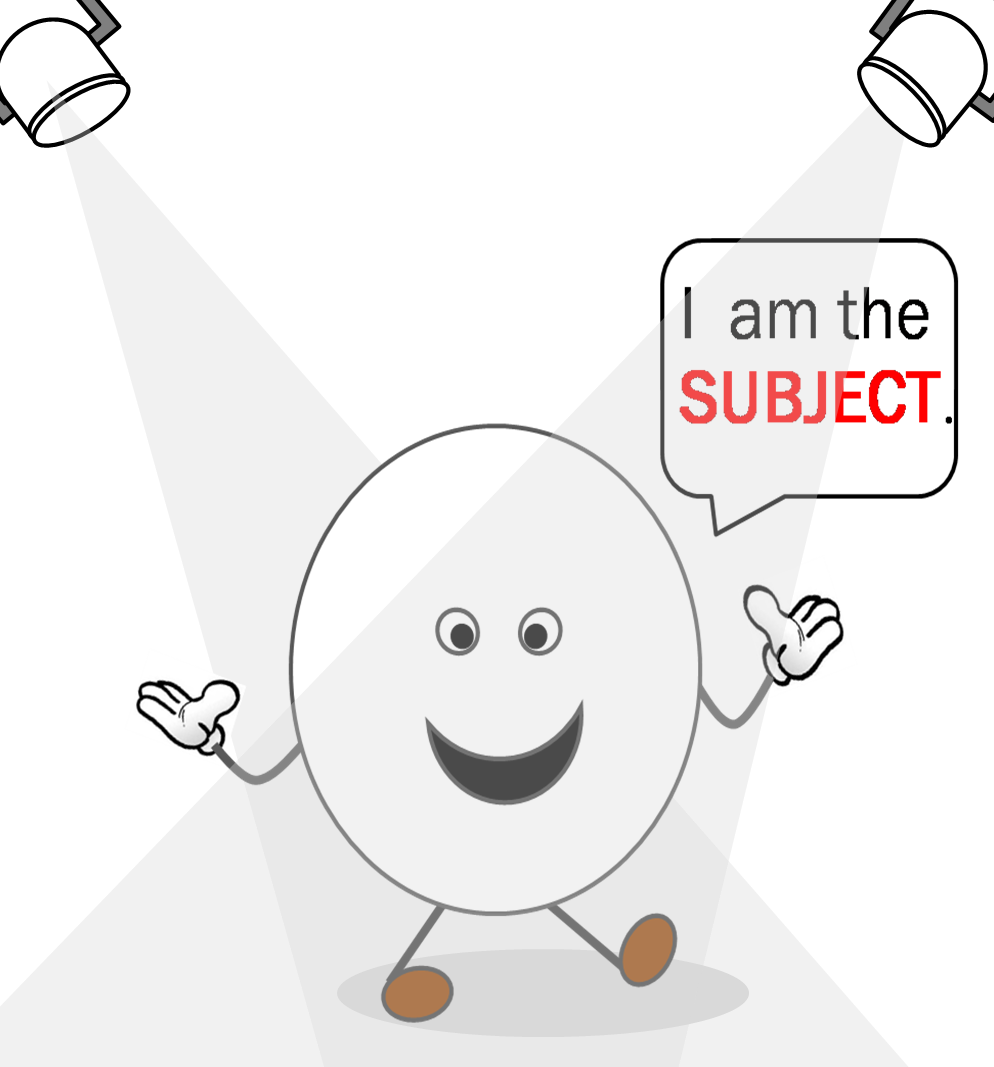 What is a Subject? The Stars and Actors in Sentences

A sentence is complete when you have something to talk about and a doer to perform an action. In short, you need to have an actor to do the action or a star to talk about. Hence, a sentence would always have a subject, which you could say plays the real star and actor in a sentence.

What is a Subject?

A subject in a sentence is the person, place, things, event or idea that is being described or performing an action. A subject is often a noun, noun phrase or pronoun. The action performed or state of being described is the predicate. Thus, a sentence needs to have a subject and a predicate to provide a complete thought.

You can easily spot the subject if you identify the verb. Ask the question who is doing the action and you will easily find the subject. However, not all verbs are action words for some of them can be linking verbs describing states of being. In so saying, not all subjects then are performing an action. Study the samples below as illustration.

Starting from the verb, ask who “need” more art supplies? The answer would be the “children”, which is the subject in the sentence.

The linking verb “is” connects the subject “teacher” to the rest of the sentence. In this example the subject is being described and not performing any action.

What is a simple subject?

A simple subject is the subject in the sentence without the modifiers. Study the examples below.

What is a complete subject?

The complete subject is the subject doing the action or being described along with all of the modifiers or descriptive words.

in the clean toilet

on the rough surface

between the two of us

Where can we find the subject?

In declarative sentences, the subject is often found before the verb.

In interrogative sentences, the subject often follows a portion of the verb phrase.

However, there are exceptions to the  subject-first-before-the-verb rule as you can see below.

Remember that in the above examples, “house” cannot be the subject because it is part of the prepositional phrase. Moreover, the verb is “lives” so the natural question should be, “Who lives in the small garden behind the house?” It is the “robin”, which is the subject.

In this example, “church” is not the subject because, again, it is part of the prepositional phrase. The linking verb “are” precedes the subject “tents” that are being described as located “beside the church”.